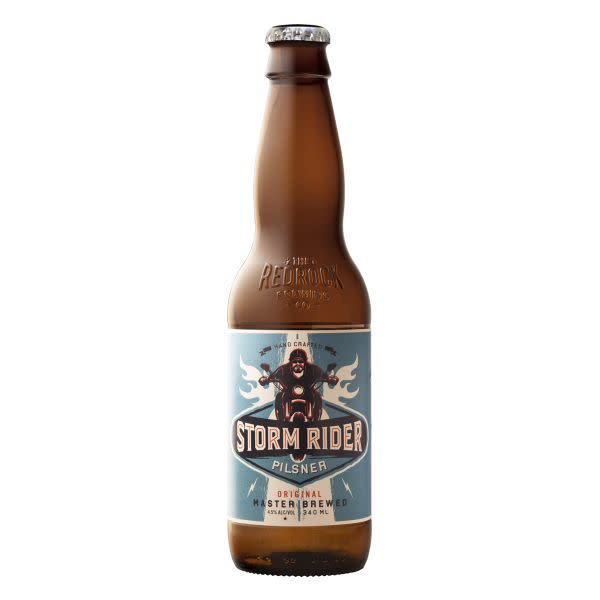 Introducing the Pilsner that's set to become as famous as the 1971 rock classic, "Riders On the Storm" by the immortal Jim Morrison of The Doors fame. In the same way that a Fender Rhodes electric piano created the sound of rain in the original song, We've included a unique blend of imported malts to create a full, rich taste complemented by the generous addition of four different hops (Southern Promise, Columbus, Hallertau and Saaz) from around the world which infuses the overall taste with lush complexity.

Storm Rider Pils takes its cues from the great Czech Pilsners and is specially cold filtered to be easy drinking the calm after the storm. This is REDROCK's version of the Monday beer aptly named after the legendary New York overnight DJ, Allison Steele, who always played "Riders on the Storm" on Monday nights, if it rained.

Please allow 2-3 working days unless otherwise specified by you.